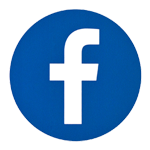 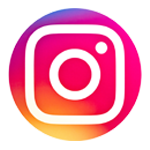 A photo of a smiling mother with her newborn baby


In the early morning on Mother's Day, Holly Armstrong arrived at the Grady Memorial Emergency Department in active labor. She had been having contractions since the day before, and had seen by the staff of her delivering hospital. It was determined that her labor was not progressing and she had been sent home with detailed instructions on when to return. Mrs. Armstrong, who has some medical work experience, continued to monitor her contractions at home throughout the night. Since this was her third baby, she knew that sometimes babies can come in a hurry and decided at 4 a.m. that it was time to wake her husband and go to the hospital. The couple began driving from their home in Norge, however, on the way her water broke. Holly's husband called their delivering hospital who instructed her to go to the Grady Memorial Hospital ER, because in a true emergency they could delivery her.

Many months earlier when GMH was forced to cease delivering babies, Nancy Boothe, RN., Nursing Director of Obstetrics, had worked with GMH OB/GYN physicians and Emergency Department physicians to put a plan of action in place to provide for the safe delivery and care of mothers and newborns in the Emergency Department.

When Holly arrived at GMH she was ready to deliver - 13 minutes and 1 push later, baby boy Corbin Armstrong arrived, weighing in at a healthy 7 pounds and 6 ounces. Thanks to the quick action of the nursing staff and the Emergency Department Physician, Dr. Jeremy Campbell who all followed the plan of action crafted many months before, both mom and baby were well cared for and healthy.

Grady EMS transported Mrs. Armstrong and her son to their original delivering hospital for the remainder of their care.

GMH congratulates the Armstrong family on their new son, and wishes to remind pregnant women in our area to plan ahead and realize that without an open surgical suite at GMH, that they will need to deliver in Duncan or Norman until we get our new building constructed and the State re-approves our Obstetrical Services. "We are so pleased that this delivery went well" said Nancy Boothe, "and we hope that every obstetrical emergency can turn out as positive as this one."

This press release was approved by Holly Armstrong.